An invitation to all RBANA members from Theatre Director, Mark Alexander, at  The Theatre Royal, Dumfries: Scotland’s Oldest Theatre

The Theatre Royal Dumfries is Scotland’s oldest theatre, founded in 1792 by Robert Burns and other leading citizens. When work was finished on the major refurbishment in 2015, our bust of Rabbie was returned, piped in with due ceremony, to his alcove above the door. 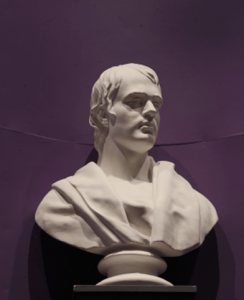 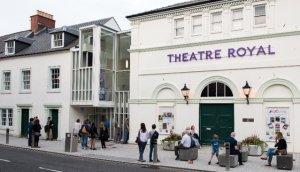 We are proud of our connection with Scotland’s native poet, who attended many performances here, including the evening he endangered his employment with the Customs and Excise by joining in when the singing of revolutionary songs broke out in the auditorium!  He also wrote pieces for the Theatre Royal, notably The Rights of Woman for actress Louisa Fontanelle’s benefit performance on November 26th, 1792. Our archive contains an original playbill from that evening with his hand-written script on the back.

This is an invitation for your associated Burns’ Clubs to strengthen their links with the town where Burns lived, worked and died by joining the International Friends of Dumfries Theatre Royal. They will receive a quarterly newsletter from us and, should any members travel to Dumfries, they would be given subsidised seats at any performance, a tour of the theatre and a warm welcome. The subscription is £100 a year for Burns’ Societies, to cover all their members. We very much hope that you will join us.

Comments are closed, but trackbacks and pingbacks are open.