Twelve entries were received for the inaugural annual competition for the Jack Hume Heather & Thistle Trophy for original poems written in the style of Robert Burns. The judges, Jack Hume himself, Les Strachan (US Director), RBANA and Willie Gibson (RBWF delegate from Scotland) were impressed by the quality of the entries, but came to a quick decision. The following are the winners:

First: The Burns Supper, by Ronnie O’Byrne of Halton Peel, ON

Third: By Bannock’s Burn: The Rout of Tyranny, by Jim McLaughlin, Calgary, AB

Here are the winning poems. 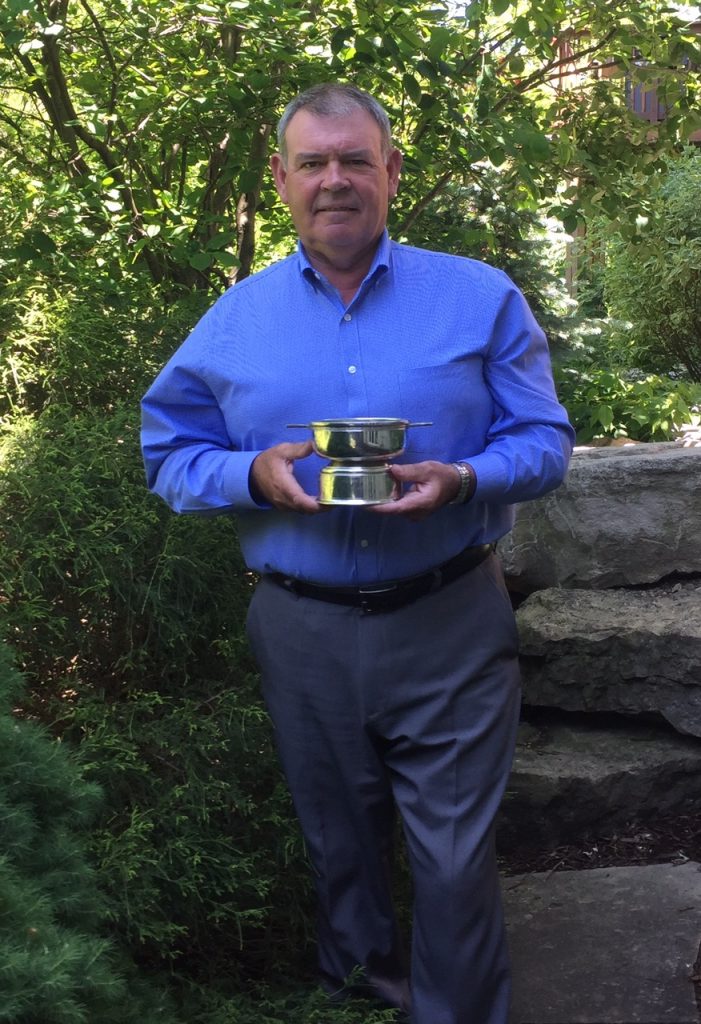 Inaugural winner Ronnie O’Byrne proudly holding the Jack Hume Heather & Thistle Trophy. He was presented with it at the banquet at the RBANA AGM & Conference in Dallas – Ft. Worth in April.

Comments are closed, but trackbacks and pingbacks are open.